Photosynthesis is a chemical process that occurs in many forms of bacteria and virtually all plants, including aquatic plants and algae. Using just three simple ingredients (carbon dioxide, water, and sunlight) plants and bacteria are able to make their own food. Early forms of algae and bacteria were the first organisms to photosynthesize. Scientists estimate that it takes approximately 2,000 years of photosynthetic activity to "turn over" or replenish all the oxygen in the earth's biosphere.

Fortunately for all animals, including humans and fish, oxygen is a by-product of this process. As long as photosynthesis is occurring, oxygen is continuously being released into the air and into the world's lakes, oceans, rivers, and ponds. Photosynthesis by algae, bacteria, and plants provides the air that humans breathe.

The Basics of Photosynthesis 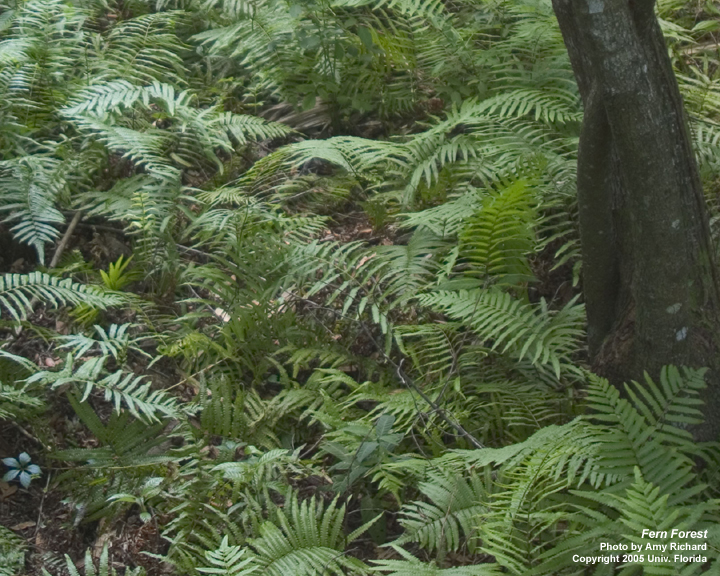 Without photosynthesis, life as we know it would not be possible

Different types of plants use different forms of chlorophyll for photosynthesis. Chlorophyll a is the pigment directly responsible for transforming light energy (sunlight) into chemical energy (carbohydrates). Many plants also contain chlorophyll b and chlorophyll c, pigments which help carry out other chemical processes.

Plants, including aquatic plants, produce oxygen, and they also use oxygen. Here's how these processes work:

During a sunny day, dissolved oxygen in water is generally plentiful because photosynthesizing algae and aquatic plants are constantly releasing it into the water. Even though many other organisms are using the oxygen, there is an oxygen surplus.

After sundown, without sunlight, photosynthesis slows considerably, or even stops. So, in addition to the usual oxygen demands (from fish, macro-invertebrates, tadpoles, etc.), algae and plants are also pulling oxygen from the water. Too many plants or animals using the oxygen in the system can deplete it and create the potential for a fish kill, especially after several days of cloudy weather or low light when less photosynthesis takes place.

Dissolved substances in the water, such as naturally-occurring tea-colored tannins, can prevent sunlight from penetrating down into the water column. This is one reason that many red-water or black-water lakes have few submersed plants. There isn't enough light to allow photosynthesis below a certain depth. These lakes can support emersed or floating-leaved plants which are in direct contact with the sunlight.

An abundance of suspended clay, silt, or phytoplankton (free-floating algae) can also make a lake turbid or murky, which may slow or prevent submersed plant photosynthesis and growth because of low-light conditions.

Florida's Lake Apopka is a good example of the cycle that can occur in a turbid lake. Because of an abundance of algae and suspended sediments in the water that block, scatter or absorb sunlight, submersed plant communities have not been able to re-establish. Without sufficient soil-anchoring plants on the bottom, sediments continue to be re-suspended by wind and wave action, furthering the turbidity problem.

Several days of cloudy weather can slow the rate of photosynthesis, resulting in lower oxygen production within a waterbody. If you have a small fish pond with an aerator, turn it on during cloudy weather. To learn more, read The Role of Aeration in Pond Management.

Fewer daylight hours (during autumn and winter) also influence photosynthesis, as well as temperature and humidity.

Changes in the condition of a leaf (aging, tearing, etc.), the arrangement of leaves on a branch, even the shape and size of a leaf affects the amount of photosynthesis that occurs in a plant; so much so that two different types of plants have developed over time, based on their tolerance for light.

"Sun plants" experience an increased rate of photosynthesis as light intensity increases. Leaves on a "sun plant" tend to be smaller and thicker, with more pronounced lobes than shade plant leaves. Special cells in these leaves allow higher rates of photosynthesis.

"Shade plants" photosynthesize at a lower rate, even if a lot of light is available. Their leaves tend to be thinner and longer, with fewer chlorophyll cells, making it easier to photosynthesize under low light conditions.

Also, submersed plants have a harder time obtaining carbon dioxide (C02) from the aquatic environment because it has a lower exchange rate of gases. (The diffusion of gases in water is 104 times slower than in air.) To compensate, some plants have leaves that grow above the water, allowing them to also extract C02 from the air.

Some aquatic plants such as Hydrilla verticillata can live in low light conditions. This means they can grow in deeper water and colonize much earlier in the growing season than other plants. Hydrilla can also become established in lakes with high turbidity when others cannot. No wonder hydrilla has become the most invasive aquatic plant in Florida.

Plants use the same visible light spectrum as humans (wavelengths between 400 and 700 nanometers).

However, submersed aquatic plants have a harder time getting the light they need for photosynthesis; suspended particles, dissolved substances and water depth restrict the amount of light that penetrates the water.

There are at least two ways to estimate light reduction (or attenuation) in water depth.

This means that if your lake is 8 feet deep and the Secchi depth is 5 feet, light is probably reaching the bottom of the lake, and submersed plants can be expected to grow on the bottom.

However, if the Secchi disk reading is only 3 feet and the lake depth is 8 feet, light is probably not penetrating to the bottom (2 x 3-foot Secchi depth = 6 feet of light attenuation). In this case, submersed plants are probably not going to grow on the bottom.

Most people think of a Secchi disk as a tool for measuring water clarity. However, it can also be used to predict the abundance and type of submersed plants we would expect to find growing in a specific waterbody.