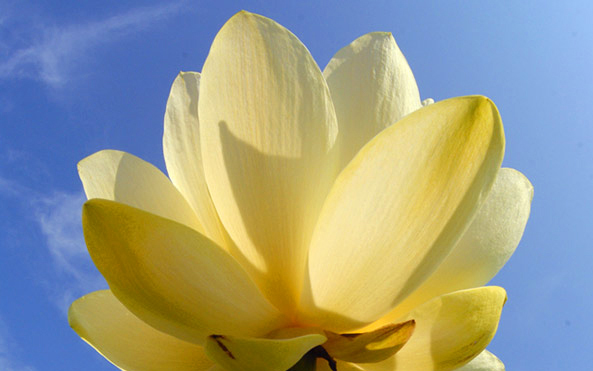 Florida has more than 4,200 plant species growing outside of cultivation, according to the Atlas of Florida Vascular Plants. Out of those 4,200 species, nearly 3,000 are considered native. The majority are terrestrial plants: they live on dry land. There are also hundreds of aquatic plant species that live in damp or wet soils or in the water. In the U.S., only two other states have more plant diversity than Florida.

. . .those species occurring within the state boundaries prior to European contact, according to the best available scientific and historical documentation. More specifically, it includes those species understood as indigenous, occurring in natural associations in habitats that existed prior to significant human impacts and alterations of the landscape.

Read more of the FNPS definition of a Florida Native Plant

Native plants are a valuable part of the environment because they have evolved in their own ecological niches, with their own checks and balances. Native plants provide food and shelter to native animals, and stability to the multitude of habitats found in Florida. Because a single native plant species usually does not dominate an area, there is biodiversity. The ecosystem is in balance because each plant and animal species is constrained by natural factors, such as:

Native plants are not usually considered a problem in their native ranges. However, when an area is disturbed by activities such as construction, ditching, drainage, pumping systems, or dams–or when excessive amounts of fertilizer enter a water body–certain native plants may become the dominant species. For example, native cattails (Typha spp.) can quickly fill disturbed wet areas and are sometimes controlled by plant management agencies. They are often the predominant plant in constructed ponds and ditches. In the Everglades, cattails can crowd out desirable saw grass (Cladium jamaicense) that produces food and habitat for native wildlife. Alterations in water-level fluctuations and nutrient input by humans may have provided an advantage to cattails over saw-grass in certain areas.

Plant managers rarely control native plants. However, there are times when it is necessary–to clear navigation routes or when water levels have been manipulated and resulted in an over-abundance of native plant species in an area. In undisturbed systems, native plants are usually in balance with their environment.