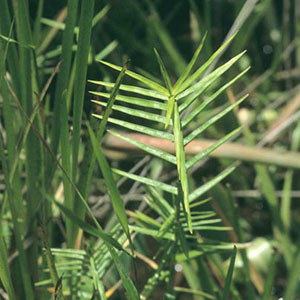 Threeway sedge is so-named because of the three way arrangement of its leaves around the stem. Threeway edge is occasionally found in the marshes, streamsides and swamps of the northern counties of Florida, south to the central part of the state (Wunderlin, 2003).

D. arundinaceum is the only species of this genus. It is also found in most other U.S. states and Canadian provinces (Kartesz, 1999).