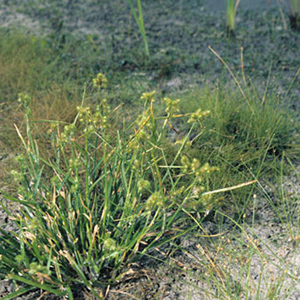 Dwarf umbrella-sedge is a frequent native of Florida. It is found in bogs, swamps, and margins of ponds from the peninsula west to the central panhandle of Florida. It blooms from spring to fall (Wunderlin, 2003).

Of the nine umbrella-sedges in the U.S., this species is found in the Atlantic and Gulf coast states, and rarely in a few states of the mid-west (Kartesz, 1999).