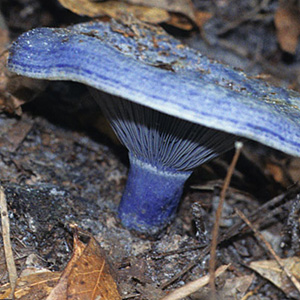 Yes, we know the indigo mushroom is not a plant. But we came across it growing in pine and oak woods of northern Alachua County, Florida, and it’s just such an interesting specimen… Indigo mushrooms are uncommon but relatively widespread, found in eastern North America, eastern Central America, to southern Colombia and oddly, also in two places in China and Japan. They are said to be deliciously edible, and as one of the only blue foods, fun to eat.