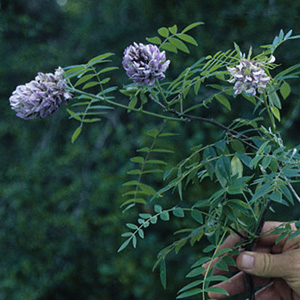 Wisteria frutescens is occasionally found growing in stream and river margins, and in wet hammocks from the northern counties southe to the central peninsula of Florida (Wunderlin, 2003). American wisteria blooms in the spring and usually occurs in wetlands (estimated probability 67%-99%), but occasionally is found in non-wetlands.

In Florida, American wisteria is an uncommon native plant, unlike the common invasive plant, Chinese wisteria.